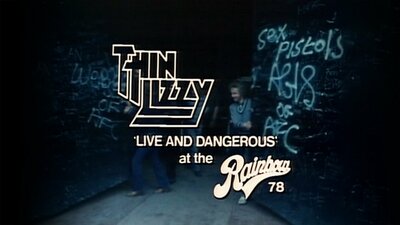 Compositores: Phil Lynott, Brian Downey, Scott Gorham, Brian Robertson, Steve Gorham, Robby Robertson, Brian David Robertson. Long considered by the rock cogniscenti as the best live album ever made, the fact was underlined when readers of Britain’s Classic Rock magazine voted Thin Lizzy’s Live And Dangerous Number 1 in their poll on the genre in 2004. The accompanying video version from the Rainbow theatre in Finsbury Park, North London on March 29, 1978 bears the title Live And Dangerous and like the hitherto more celebrated audio equivalent, the footage herein was recorded by the band at the peak of its powers. It’s rare for a live recording to capture a band in their absolute pomp. Too often contractual obligations see such things made as a band’s a last hurrah. Live And Dangerous is different. Live And Dangerous is exactly Lizzy as they should be remembered.